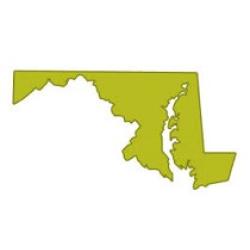 Historically specimens from the Southern and Western parts of Maryland, as well as the Eastern Shore, did not arrive at the state public health laboratory until late evening or the next morning after the specimens were picked up from the County Health Departments. Frequently, facilities did not submit specimens until after the courier already had made the pickup for that day. This practice changed in 2016, after the release of the article, Deadly Delays, with a mandate from the Secretary of Health to improve the timeliness of newborn screening services that required the state laboratory to implement longer weekday and Saturday hours for receipt of specimens. Furthermore, the Department of Health required the birthing facilities asking them to develop a plan to improve timeliness. A majority of the facilities responded positively and began sending specimens on Saturdays and in the evenings.

Now that facilities were holding up their end to improve timeliness by sending specimens in the evening, it only made sense that the NBS lab remain open to receive and accession the specimens on the day of receipt. The laboratory initially extended the weekly work shift on a rotating basis. The 18 staff were divided into six groups of three, each with one staff member assigned to cover each unit—hemoglobin, autodelifa/biochemical and MSMS. Every six weeks, one group works from 10:00 am to 6:30 pm (instead of 8:00 am to 4:30 pm) to allow specimens to be accessioned and marked as received on the day they arrived. Further, specimens are punched the same evening of arrival so that they could be processed the next morning. The lab develops a daily manifest of specimens using barcodes which is emailed to the submitters. This provides a cross-check of specimens sent by the submitter and received by the laboratory, holding both the lab and facilities accountable.

Laboratory management gave staff two months’ notice for the extended shift but the advance notice did not resolve staff concerns about the schedule change. They requested that the newborn screening program hire more people for accessioning. The Deputy Secretary of Operations and the Union considered options for a year and a half. Ultimately, the Deputy Secretary of Health resolved the impasse with the decision that staff could continue to work their current shifts, and when a position opened, the new hire would be required to work the late shift. The laboratory now has three full-time staff members who work until 6:30 pm and one on rotation every 13 weeks.

Given this impasse with staff and negotiations with the Union, some valuable lessons learned came to light including: 1) understand Union rules, including if there are any clauses related to shift change (i.e. in MD you can only change shift times if you provide 14 calendar day notice); 2) document all conversations and meetings with staff regarding scheduling changes, confirming their understanding of the changes and associated timelines; and 3) Find several peer “champions” to help your staff understand the big picture of why operating hours are changing as well as obtain their feedback on different approaches regarding how they might reach the goal.